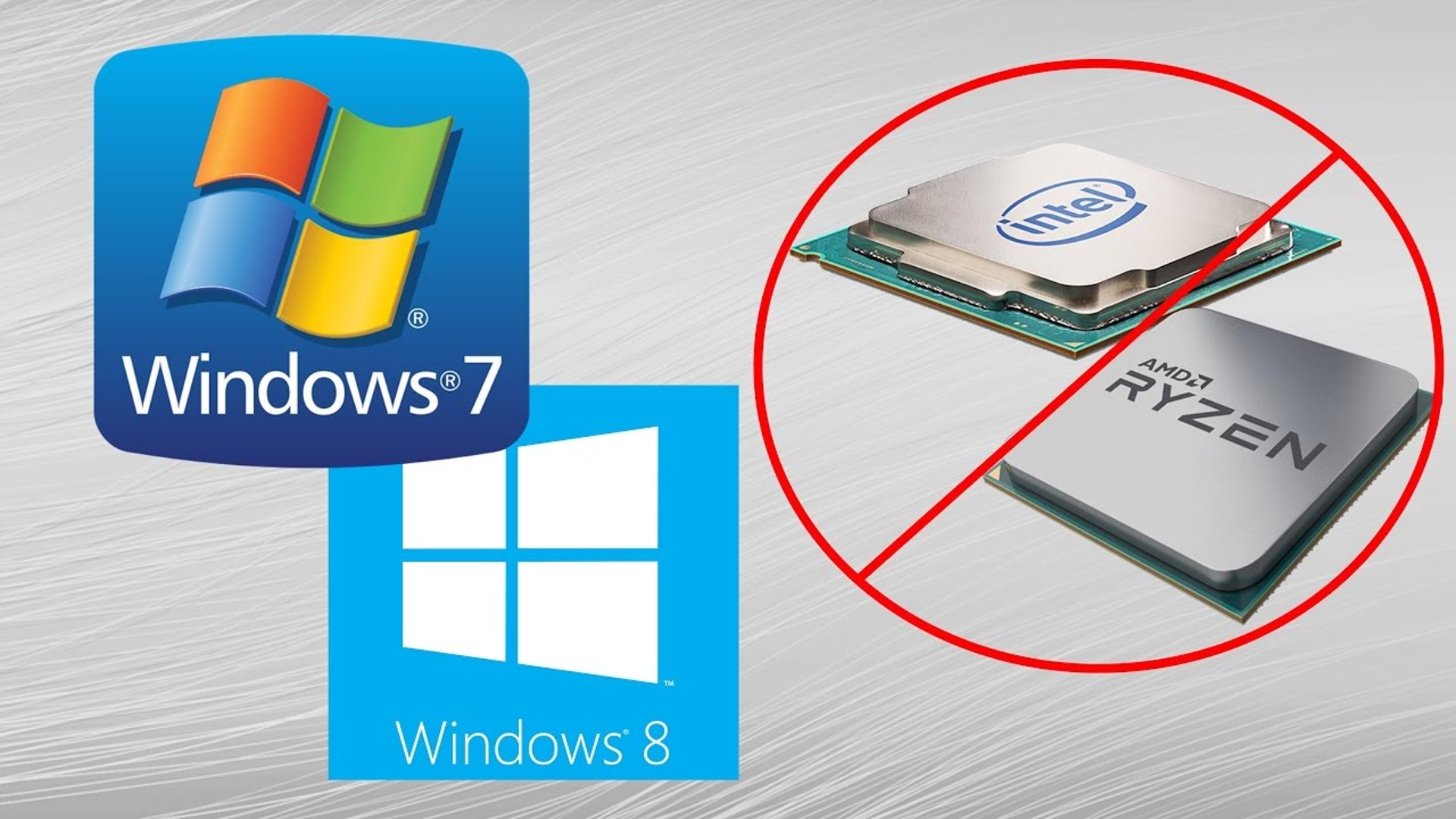 Microsoft has announced that they are going to block update for Windows 7 and Windows 8.1, if your PC is running newer hardware from AMD and Intel. Specifically, Microsoft is no longer interested in updating older versions of Windows on systems with an Intel Kaby Lake or AMD Ryzen CPU inside (same goes for Qualcomm 8996).

The company wants users to upgrade to Windows 10, if they have a PC with Intel Kaby Lake and AMD Ryzen processors. According to a knowledge base article published last week (KB 4012982), users running Windows 7/8.1 on the affected systems, may see one of two error messages as mentioned below.

Your PC uses a processor that isn't supported on this version of Windows  and you won't receive updates.

Additionally, you may see an error message on the Windows Update window that resembles the following:

Windows could not search for new updates.

Microsoft has been saying for many months now that Kaby Lake and Ryzen will only be supported in Windows 10. Initially it was going to include Skylake in the mix as well, but later reversed course. Microsoft is not alone here, either. While AMD has been mum on the subject, Intel previously confirmed that it has no plans of updating Windows 7 and Windows 8.1 drivers for Kaby Lake.

Microsoft decision to block updates on older version of Windows comes as a shock for many of us. While older version of Windows can run on these processors, with no noticeable issues, the decision to block seems awfully draconian. We hope Microsoft will find some middle ground and at least provide critical updates to these systems instead of forcing users to buy expensive Windows upgrades.