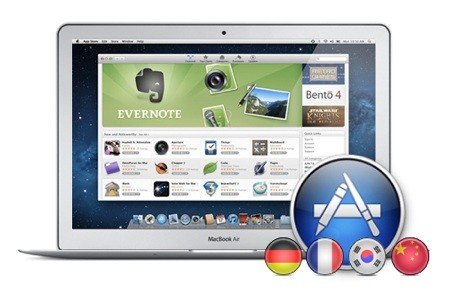 For many independent or smaller-scale Mac developers, the promise and profits of international distribution for their apps is obscured behind a very practical challenge: internationalizing their projects, which can take months and plenty of money/resources as all the interface items are translated to the target language.

Starting today, that's going to become a bit simpler. The Tethras mobile application localization service, which supported iOS along with other major mobile platforms, is extending full support to localizing OS X applications as well. Developers will be able to chat with the Tethras team at the MacTech conference in San Francisco on November 2. [TUAW is a media sponsor of the MacTech conference. Ed.]

With support for over 40 different languages, the Tethras service uses skilled human translators to help convert all the application assets from the source locale to the required alternatives. For devs looking to target the Mac App Store for distribution, the more languages and localizations they have in their apps, the more potential customers they can address.

Tethras CEO & co-founder Brian Farrell is understandably enthusiastic about the opportunity for Mac developers to take advantage of expanded markets. "To truly create a better, more individualized experience for the user, each piece of a Mac app translation, from the icon to the written text, needs to be catered to the specific targeted market. A complete localization will lead to increases in downloads and revenue."

Tethras is pioneering what it calls Localization as a Service (LaaS) -- the idea is that the cloud-based localization tools allow translators and developers to preview what a translation will look like within the app itself. Hosting the localization resources in the cloud also means fewer management hassles for developers and product managers as they try to maintain multiple localizations.