According to a recent report, a new Wear OS smartwatch from LG has been spotted in the FCC. The model number of this device is LM-W315, and the FCC E-Label shows that it is running Wear OS. In case you were wondering, the past couple of LG Wear OS watches held model numbers of W280 (Watch Sport) and W270 (Watch Style). The model number of W315 certainly falls in line as being their next device.

Interestingly, the FCC filing has revealed that LG-made Wear OS device comes with unique features. For one, this is not using the usual Android Wear interface. The usual vertical app list has been replaced by a Samsung Gear-style circular carousel with the name of the selected app front and center. 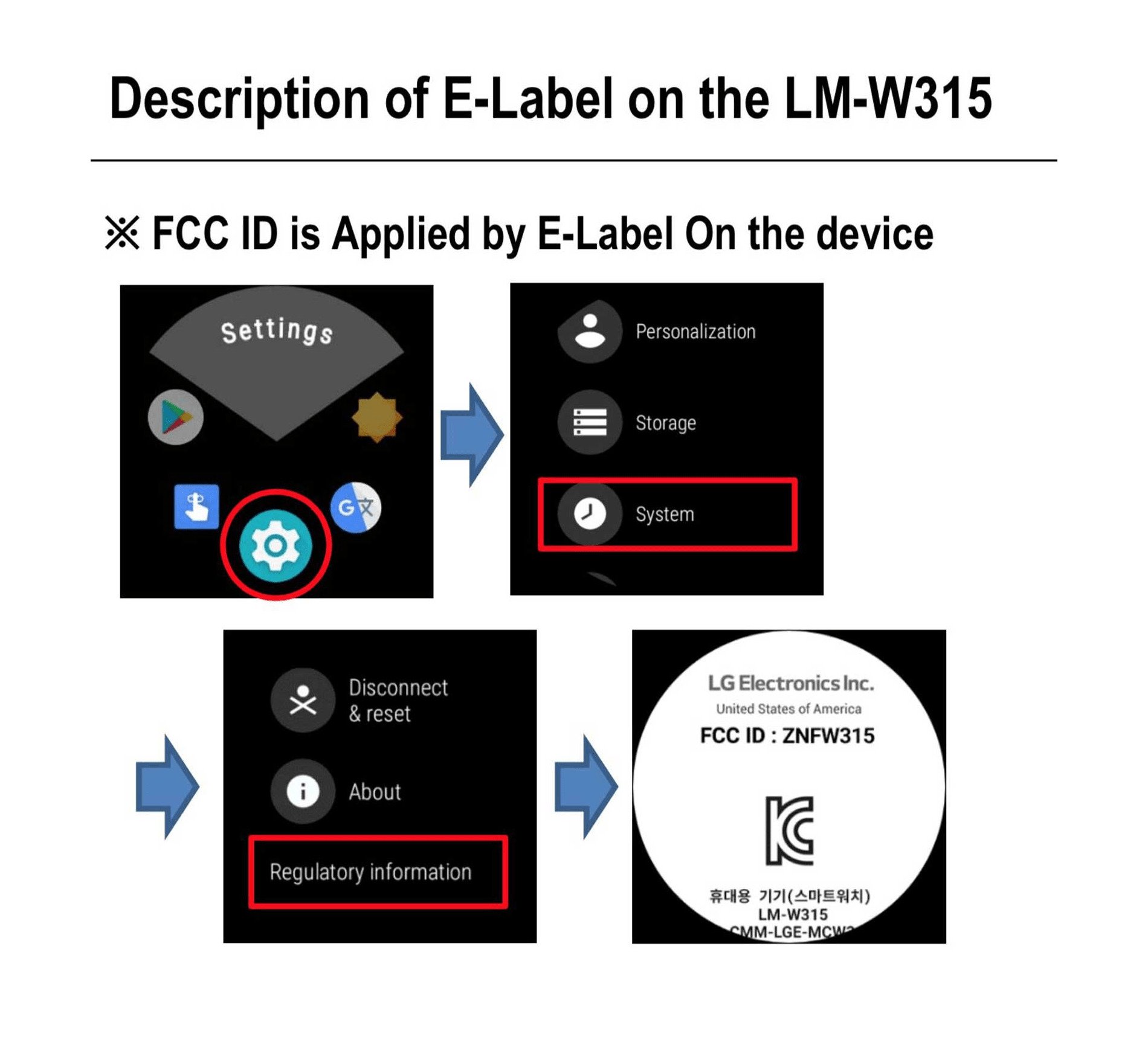 There is no cellular access on this model, which suggests that it would be a spiritual successor to the Watch Style. The docs do reaffirm that this is a watch, calling it a "portable wrist device", and they also confirm that the watch has Bluetooth and Wi-Fi connectivity.

Rumors also suggest that LG's smartwatch will be a hybrid device that would blend a Wear OS device with a quartz watch. Even when the smartwatch portion ran out of battery, you'd still have basic time available for nearly 100 hours. The conventional watch hands would even perform other functions like you see with some hybrid smartwatches, such as compass or stopwatch. That might explain the unusual app view, as it wouldn't be surprising if the hands moved out of the way when necessary.

Google has been rolling out new features for Wear OS in recent weeks, so it is good to see that a new Wear OS smartwatch is coming to give fans of the platform some new hardware as well.

The smartwatch might debut during Google's I/O 2018 keynote on Tuesday afternoon. LG could join Google on stage with a new smartwatch powered by the latest version of Wear OS. If that does not happen, LG is likely going to hold off on making an announcement until the fall.

While it is unclear when this new LG smartwatch might launch, but now that it has passed the FCC, it is one step closer to hitting store shelves and consumers' wrists.