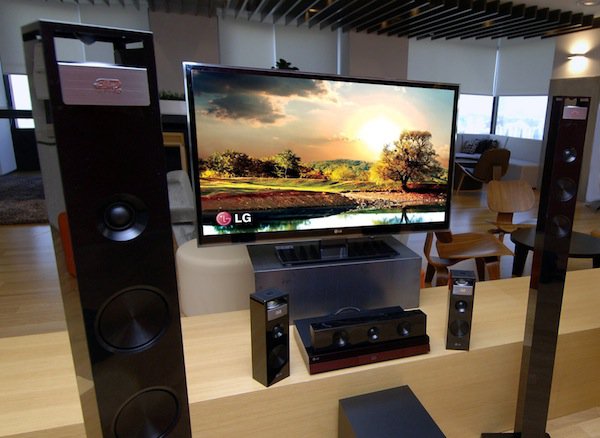 Now it comes the time for 3D sound, LGs new home theatre systems have the 3D sound. Now it have four new home theatre systems on display at CES, but the first one showing off is BH9420PW, uses 3D sound zooming which can match positioning of 3D video being displayed on one of the LG TVs. It got four speaker added to the traditional 5.1 layout and algorithm that detects depth of effects being watched in 3D. LG makes it for a wider sweet spot than usual, for more details read the press release. 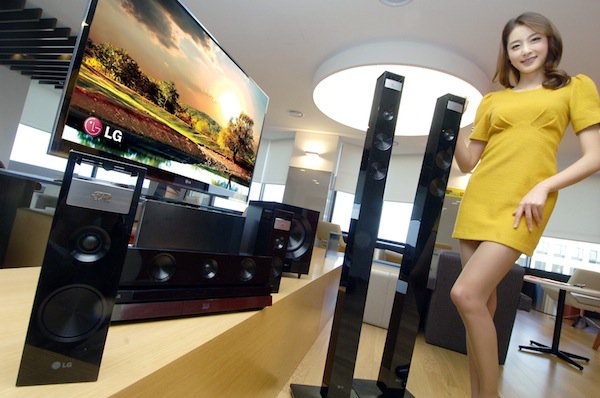 The BH9420PW incorporates LG's very own 3D Sound Zooming technology, which constantly synchronizes sound output with the location and movement of the on-screen 3D images on a CINEMA 3D Smart TV. In turn, 3D Sound Zooming plunges the viewer into the middle of the action, as the events that unfold on their 3D TVs immerse and surround the viewers as both images and sound in real 3D. 3D Sound Zooming is capable of generating variety of depth in sound based on a complex algorithm that analyzes the varying depth of numerous on-screen objects displayed on the 3D TV.

Moreover, by applying LG's unique 3D effect DSP algorithm, the Sound Field Expansion technology further expands the horizontal sound field, and works in harmony with the Upright 3D Speakers to create a truly immersive, 360 sound experience. Additionally, the audio "sweet spot" is further extended so viewers always feel as if they are right in the middle of the action, regardless of their location in a living room.

In order to provide viewers with a wide range of 3D experiences, the BH9420PW is equipped with a Smart TV function. In turn, any ordinary 3D TV can have access to LG's Smart TV ecosystem, which is composed of a growing variety and quantity of 3D content through various premium content services and apps, such as LG's 3D Zone.