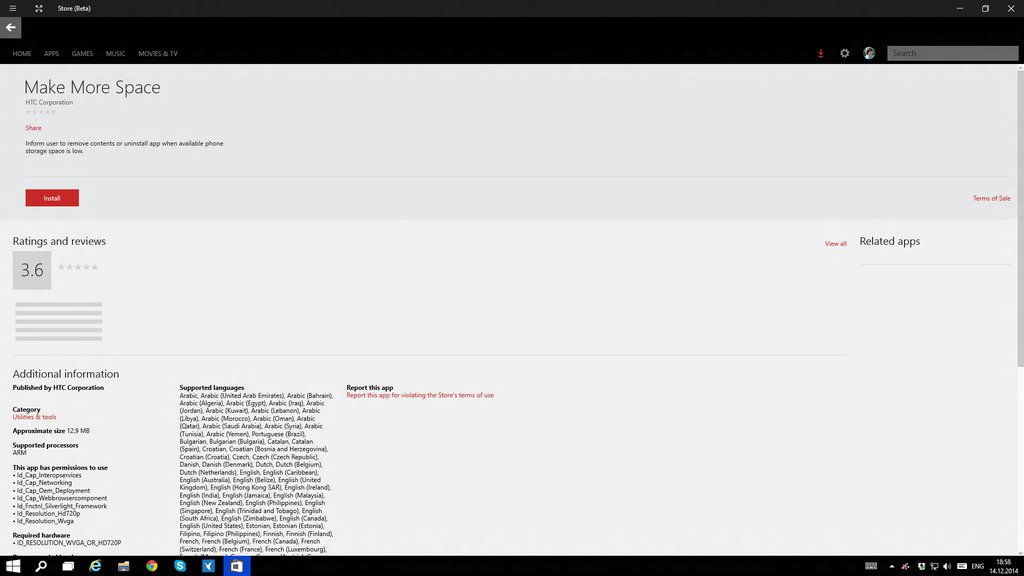 The HTC app found in the Windows 10 Store is called Make More Space, and is supposed to alert those with an HTC branded Windows Phone when their available storage space is low. Once the alert is received, the phone owner can decide to remove some apps or content from his handset to free up more space.

The appearance of the HTC app in the Windows 10 Store also suggests that the manufacturer is working on handsets that will employ Windows 10 for phone. With chatter about HTC’s next flagship phone beginning to pick up, there is talk that a version of the codenamed HTC Hima will be powered by Windows Phone.

Windows 10 for phone is rumored to be undergoing testing on handsets inside Microsoft. While the new OS is not expected to see the light of day until the middle of next year at the earliest, all Lumia models running Windows Phone 8 will receive an update to the new mobile Windows build.