The iPhone 4S is finally here with many surprise, with Apple expected to release the iPhone 5 but instead we got an iPhone 4S now. The question is how good is it, and is it for you?. I t got some hardware changes, good design and compatible with existing accessories. It also has most apps, and often best apps. It also supports upgraded rear camera, an improved antenna design and a new internal radio allows the device to perform double duty on both CDMA and GSM networks. Read on the review to see whether it is really worth an upgrade.

Comparing with average Android smartphones, the 4S feels small, dense and heavy, a very different sensation than the lighter but frequently more plasticky competition. The 4S does actually have slightly more heft than the iPhone 4, and it got increase in weight also by 137 grams to 140 grams. The device comes with A5 CPU and based on spec monitoring software on the phone. Its clocked at 800MHz. For radios the phone has got dual mode CDMA/GSM chipset, Wi-Fi 802.11 b/g/n, and Bluetooth 4.0. It also got digital compass, GPS chip, accelerometer, ambient light sensor, and three-axis gyroscope. The display on the iPhone 4S is 960*640 Retina display, it looks no less impressive. It has a noticeably different color tone, and black seems far less dark. There is no LTE here, no longer screen, no new body design, no set of stereo speakers, it doesnt do 3D. Still it is the gorgeous device with impressive specs. 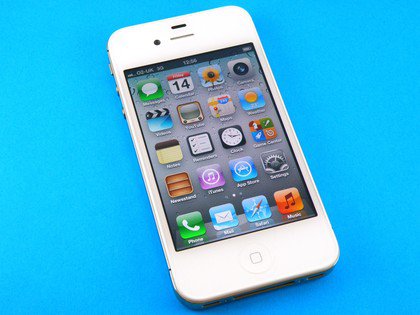 The device packed with a new battery pack its just a bit bigger than that found in iPhone4 and increases in longevity. It promises up to 8 hours of battery life on active 3G connection, which is 1 hour up from the iPhone4. The stand-by time has dropped from 300 hours on the iPhone4 to 200 on 4S. Other stat remains same 14 hours on GSM, 10 hours of video watching and 40 hours of listening tunes. The SunSpider 9.1 JavaScript benchmark, a good test of overall ability to render the best the web has to offer, the device scores a 2,200ms on average that is well lower than the 3,700ms the iPhone 4 manages and faster than any other smartphone we have tested. 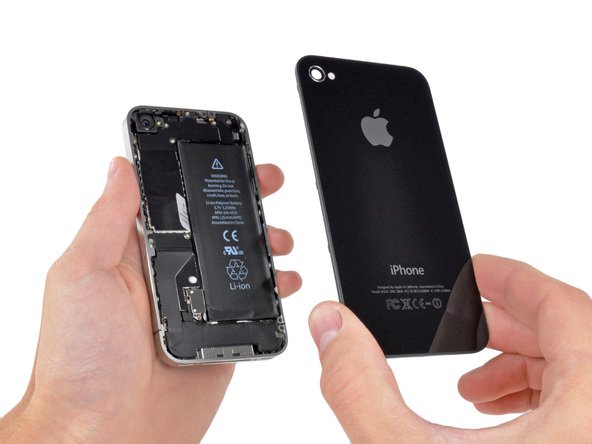 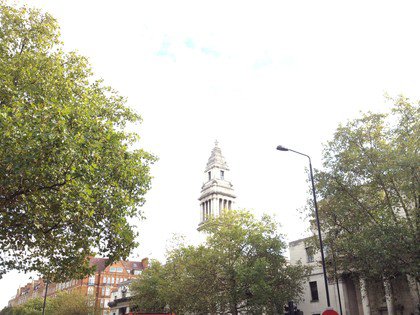 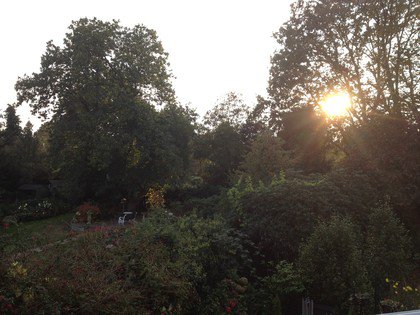 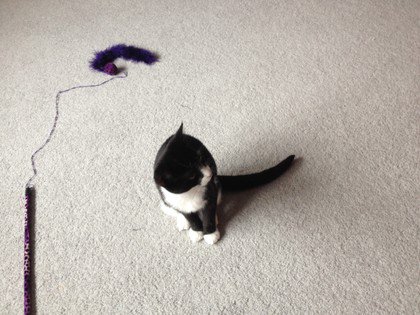 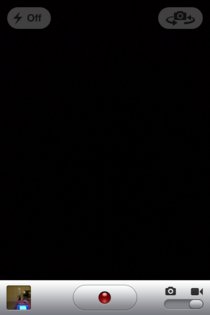 The iPhone 4S steps up to 8 megapixel camera, backside-illuminated sensor that sits behind a new lens array with an f2.4 aperture. More megapixels certainly dont equate to better pictures, but it impresses here really. The speed here is really good for bringing up the camera app and taking the first picture and it is the noticeable improvement over the iPhone 4. The video quality is also too good. It will record at 1080p and we found the footage to be clear and bright. Auto-focus happens quickly and we didnt detect any obnoxious focus hunting. Overall improvements in camera is appreciated, but the hole for lens is still too close to the edge of the device for our tastes, results in many a stray finger sneaking into our shots. 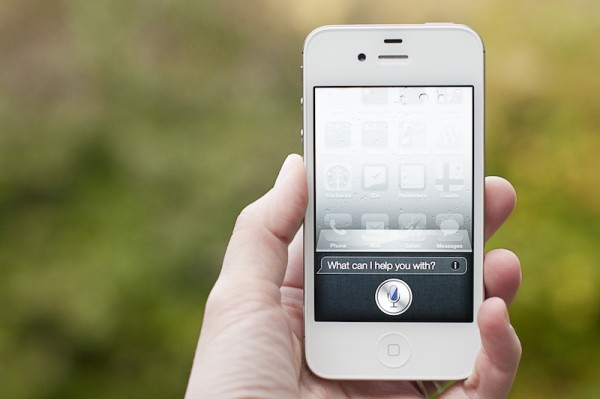 Siri offers iPhone 4S users a way to interact with their devices, apps, and data with natural language voice commands. Users can send and receive texts or e-mails simply by talking to Siri, find out whether there will be rain today, create new Reminders and calendar items, ask for directions, move appointments, and more. Not only that, but users can ask Siri to look up a plethora of information, such as restaurant reviews from Yelp or even simple facts from Wikipedia or Wolfram Alpha. Ask Siri and get the answer back almost instantly without having to type a single character. The latest revision of Apples mobile operating system helps to clean some of the dust off. iOS 5 introduces a slew of improvements and enhancements. Siri is an evolution of the Siri Virtual Assistant, a spin-off of a DAPRA project called CALO. Apple bought the company in 2010. Siri can be only found in iPhone 4S. It is due to the processor demands required for voice recognition, but since you need an active data connection to use Siri we have to imagine that the heavy lifting for voice recognition is happening somewhere inside Apples massive data center, allows the lower spec devices to do the same.

The context is if you send a text to your wife to remind her to buy something, you can just say, Tell my wife buy burger. Siri will send your wife a message saying, Buy Burger. How does Siri knows who is your wife is? It asks you first, once you tell her she will remember. I works in other situations too, like receives the text messages from someone, asking Siri to check your calendar and then just saying Reply, I will see you then. You dont need to say who to reply to. She will remember. Another important thing is you dont have to remember the commands. If you want directions from Google Navigation you can say Directions to X, with Siri you can say Get me directions to X or Tell me how to get to X, or even Directions to X. Siri is smart enough to figure out what you want, whereas the voice recognition elsewhere feels more like you have to be smart enough to remember to say what it wants. It has got even more potential saying that you have a new message and then promptly reading it to you then letting you reply by voice. The main issue is you cant have emails read to you, means you cant fully reply by voice. This signals that Apple is taking a real interest in improving voice recognition and hands-free device interaction. Now todays Siri requires a 3G or Wi-Fi connection to do anything. Even the simple voice commands that were available in iOS before no longer work offline, and Siris functionality like directions, looking up businesses doesnt work much in Europe.

The iCloud is being introduced with iOS 5. It pretty much does everything. It promises to keep your photos, music, and settings synced across devices, using the iCloud servers as a way point and container for most of your content. You can take a bunch of photos on your phone and sync them to iCloud. You can buy an app on your iPhone, later with iPod Touch. Now you can get those apps on any of your Apple devices using this. If you buy a new song with iCloud switched on means, which will sync down to all of your Apple devices.

The iPhone 4S users can now also have an option to dictate their text through Siri. A microphone button will appear on the screen tapping it will bring up a microphone screen, indicates that you can begin speaking. Siris natural language understanding when it comes to taking instructions needs further improvement, though Apple is aware of that. Siri could potentially perform tasks using any service that has an API it is already hooked into Wolfram Alpha and Wikipedia for data look up, and into Yelp for restaurant reviews and information. We can hope it will have more information by next year.

Apple claims that the new phone is capable of an extra hour of talk time while on 3G. We are happy with the battery performance of the device is good. It is more capable of going through a full business day without needing a charge. The processor performance is also too good comparing with its predecessor. The apps are working a bit faster, and the camera loading time is noticeably improved. The final aspect of performance is network speed, depends on strength and weakness of carriers in your area. The lack of LTE is a definite disappointment. We tested devices the average download speed clocks 1Mbps down and 0.9 Mbps up, with pings hovering 70ms

Against: No LTE, Good Glass and Metal Design but easy to shatter.

It is the best iPhone again from Apple. It takes their previous king iPhone 4. It comes with a better camera, and then this is the best iPhone in the market. The lack of 4G connectivity alone make this phone feel a little loo conservative to really tickle the fancy of those looking for something a bit more progressive. The iPhone 4S does everything better than the iPhone 4, but it simply doesnt do anything substantially different. If somebody looking for a change in using Android smartphones and not allergic to iOS, and the features appeal to you, you can buy this phone. Is really worth an upgrade? If you want to upgrade the phone from iPhone 4 to iPhone 4S, than what we say is No, you have to spend some hundred dollars in even a single year less. But if you are having a iPhone 3G or iPhone 3GS means, the answer is Yes, of course, it definitely worth a upgrade and much more good smartphone than that. Whatever it is, we can tell you are iPhone 4S is pretty cool device.