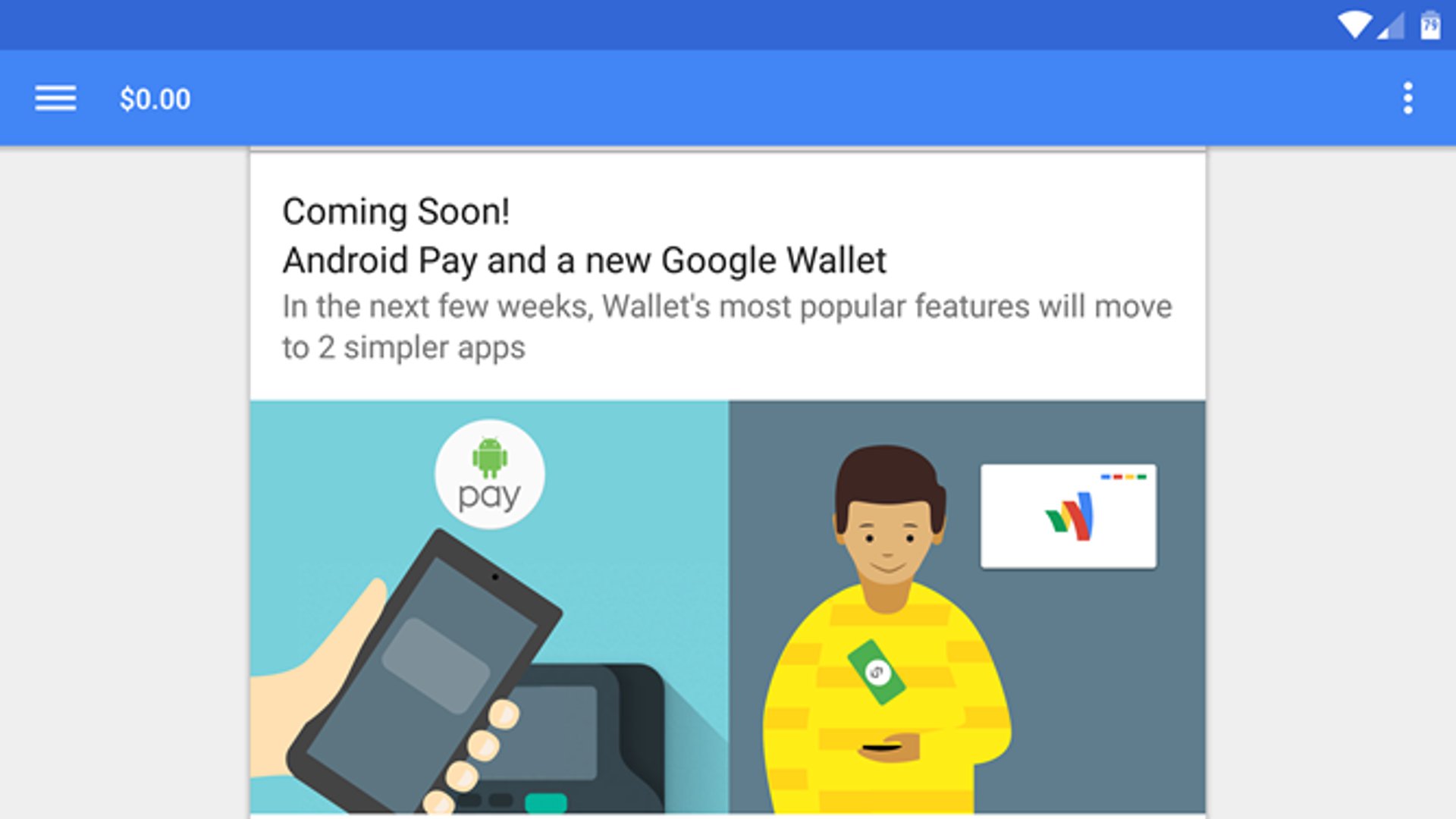 Users of Google Wallet are reporting that they are seeing a banner for Android Pay in the app. The banner ad appears to be a server-side update from Google, to help users in the transition from Wallet to Android Pay.

The banner shows only in the latest version of the Google Wallet and if you tap the banner, it will take you to a web-based FAQ about Android Pay, which outlines the transition from Wallet.

Since Google bought a large chunk of Verizon backed Softcard payment system (formerly Isis), it is now a De facto partner of Verizon, T-Mobile, and AT&T for mobile payments. Therefore, we can expect Android Pay to come to Verizon, T-Mobile and AT&T.

Although Google still has not provided an exact date for Android Pay, the banner ad shown in Google Wallet seems to be the first step from Google to prepare its Wallet users for Android Pay. Right now, all we can do is sit back and wait for September 16 to see if the rumors are true.