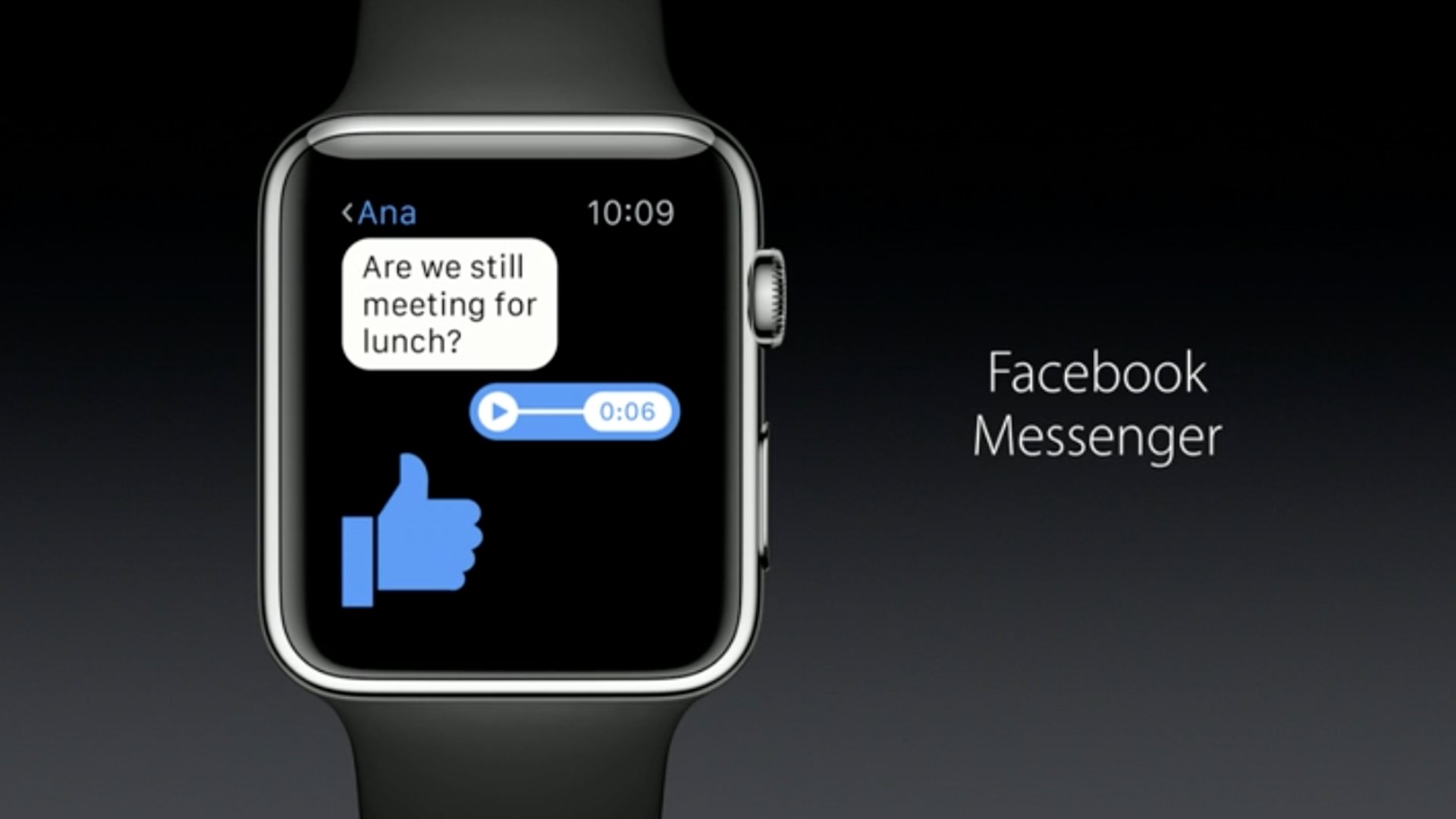 Yesterday, at Hey Siri event, Apple announced that Apple Watch would get new apps that will take advantage of the new APIs available in watch OS 2. The list of apps include Facebook Messenger, GoPro, iTranslate, and AirStrip.

The Facebook Messenger app for the Apple Watch will allow you to carry on conversations with your friend right from your wrist. You will be able to send them voice notes, stickers, emoticons, and more.

The GoPro app for Apple Watch will act as a viewfinder thereby allowing you to see what your GoPro is recording in real time. The iTranslate app will allow you to translate up to 90 different languages right from your wrist.

However, the most impressive app has to be AirStrip that will take advantage of the various sensors on the Apple Watch to provide the next-generation of health care.