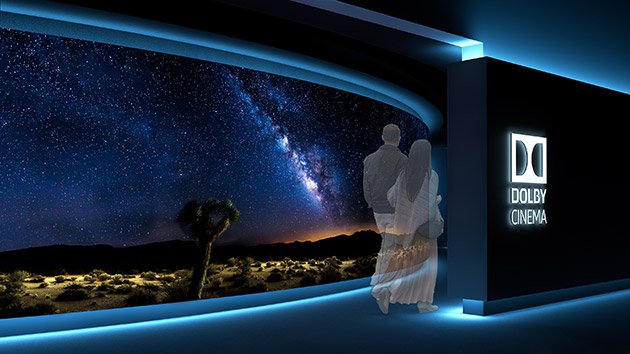 Dolby has just announced a huge new project, but it's not about audio as you'd expect; it's about the upcoming launch of its IMAX competitor called Dolby Cinema. This giant screen format will be able to project movies using the "Dolby Vision" technology (something it's been working on for years), which combines high dynamic range videos with something else that the company's keeping a secret. High dynamic range or HDR videos, as you might know, can show shadows and light as you'd see them in real life. Dolby goes as far as to claim that its technology's "contrast ratio far exceeds that of any other image technology on the market today."

The company plans to open its first outlet this December in the Netherlands, but it will temporarily use 4K laser projectors until the Dolby Vision-capable ones are ready to ship out next spring. Of course, venues will eventually open in the US, but probably not any time soon, as Dolby's still busy negotiating with both theater owners and Hollywood studios. For the format to reach audiences, the company will not only need to convince local movie houses to shoulder part of the cinema's construction costs, but also to persuade studios to make their films Dolby Vision-compatible during post-production. It needs to convince a whole lot of people, in fact, for the technology to be financially viable and be able to compete with IMAX.

The Hollywood Reporter believes Disney will likely be one of the first to use Dolby Vision, and that Star Wars VII is a possible candidate for the format. Dolby didn't mention how much it'll cost you to enter its giant screen cinemas, but the theater owner in the Netherlands says his customers will have to pay $18 each, up from the typical $12.50. We guess it's safe to say that just like for IMAX theaters, you'll need to pay a sizeable premium on top of regular ticket price if you want to enjoy Dolby Cinema's tech.