A recent patent granted to Apple reveals the way for mobile gesture input that turns taps detected on non-touchscreen surfaces, like the side of an iPhone, into granular on-screen controls. This patent was first filed for in January 2013 and credits Maxim Tsudik as its inventor.

As published by the U.S. Patent and Trademark Office, Apple's patent No. 9,086,738 for "Fine-tuning an operation based on tapping" describes a solution to a problem many iPhone and iPad owners face when attempting to conduct highly granular user interface manipulations on multi-touch displays.

According to Apple, touchscreens excel in operations requiring only coarse granularity, such as swipes and taps, but are often times unsuitable for performing fine adjustments. For example, picking out a specific character in a line of text is difficult on a touch interface because the mechanism relies on an input object with a relatively large contact area (a user's finger). To solve this problem Apple's iOS features a virtual magnification loupe as a workaround for accurate UI asset selection, but the method is not as precise as a traditional computer mouse.

With this new patent, Apple is planning to use motion sensors like accelerometer or gyroscope that are available throughout its iOS device lineup to assist users in selecting text and moving objects. For example, when you give a light tap on the right side of an iPhone would move an object to the left, while a tap on the left would send the object to the right. This technique will allow users to move an onscreen object left or right with extreme precision. The patent also accounts for varying input magnitudes like stronger taps to move objects greater distances. 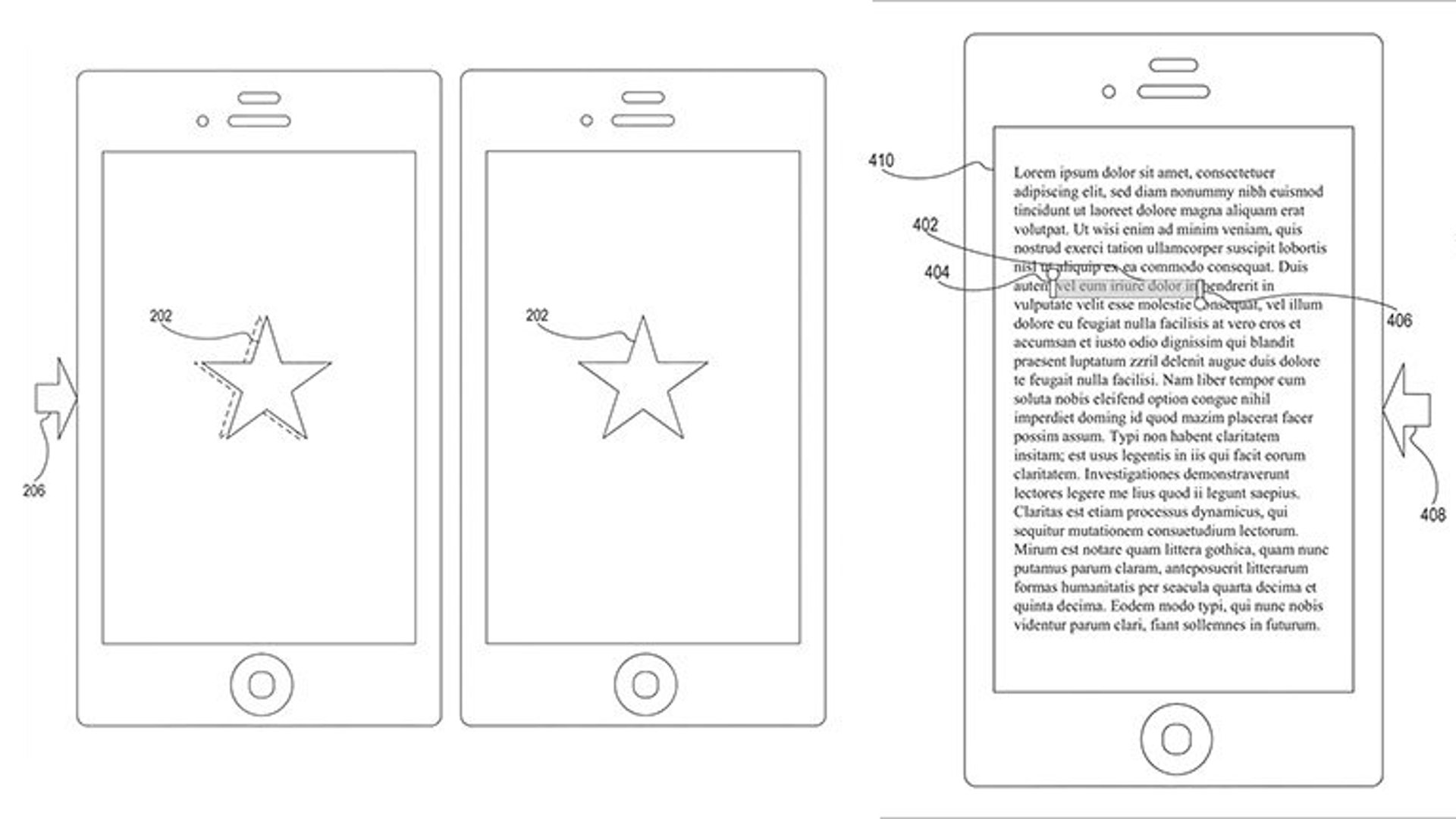 This new patent also covers text selection, where lighter taps would move the cursor one character at a time, while stronger taps jump entire words or lines. Apple also wants to extents this idea to any number of selection or virtual object manipulation operations, as seen in the above illustration relating to a spreadsheet application. 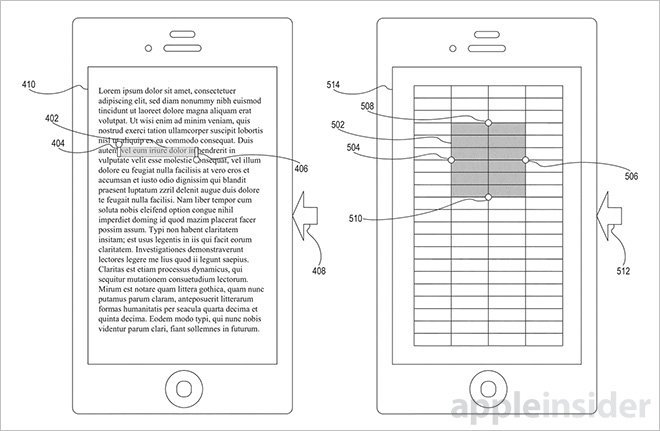 Apple also covers taps in other directions, for example from the top and bottom of a device, as well as input involving more than one finger and other UI variations.

It is unclear if Apple intends to incorporate the tap-based fine tuning mechanism into its iOS platform anytime soon. However, the company is slowly extending device usability beyond the years-old multi-touch interface by augmenting its devices with new forms of input like Force Touch, which according to rumors might come to iPhone this year (Apple Watch already has Force Touch).