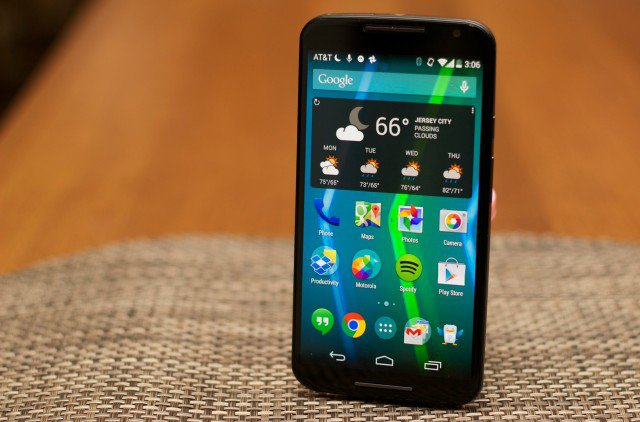 The 2014 Moto X seems to be the first phone getting Android 5.0 Lollipop update before any Nexus phones. The company is beating Google to market with Google's own operating system.

Android 5.0 Lollipop is rolling out to the 2014 Moto X right now. There are documents up on Motorola's website, and a few lucky owners are already getting update prompts. The very first Moto X variant getting the update is the "Pure Edition" an unlocked version of the phone, and for right now it's going out to people who signed up for the "soak test", a limited rollout in preparation of a wider release. Next up for Moto will be making sure none of the soak testers report major problems over the next day or two and getting carriers on board to approve the update. We already reported on rollout delay on Nexus devices.

Meanwhile there haven't been any Lollipop updates for Google's Nexus devices, presumably because Google didn't want to steal the Nexus 6's thunder, which will be released on November 12.

UPDATE: Motorola has just removed the release notes page. It's looking more and more like this could be that soak test we've been hearing about and not the actual OTA (but it shouldn't be far off now). Stay tuned