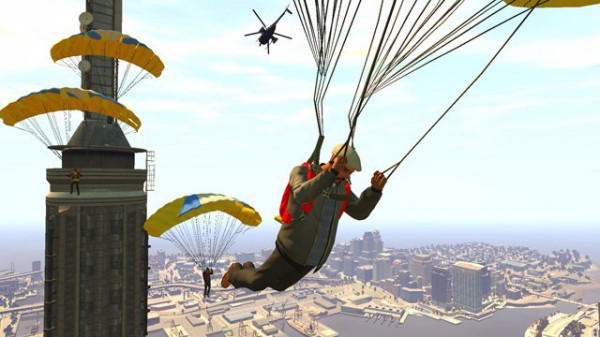 You can become a better player of Multi Player GTA on PSP. This guide covers both Liberty City Stories and Vice City Stories. This guide does not apply to PC Grand Theft Auto mods that allow online play or to the 2 player mode in Grand Theft Auto: San Andreas. This guide also covers only player versus player gameplay, and none of the special game modes. All of these tips still apply in modes such as "Might of the Hunter," but may not help you score if the objective is not eliminating other players. Follow the simple steps below

Familiarize yourself with Grand Theft Auto. Even if you are highly skilled in the console GTA games, you should spend some time playing through the main story missions until you are good at driving and can use weapons easily. Get used to the PSP controls, especially for drive-by shooting.

Once you are ready to try multiplayer, you will need a friend or two with PSPs and a copy of the same GTA game you are using. Load the game, then pause it and select "Multiplayer" from the menu. Select "Host Game." Now you can set the game mode, victory condition, timers, location, and the character you want to use. For the purpose of this guide, select "Liberty City Survivor" or "Vice City Survivor," depending on which game you have. This is a basic deathmatch mode set on one of the city's islands. VCS players will note that they can select individual neighborhoods to play in, but the whole island remains open during the game. Let the other players join and then begin the game.

You will find your character standing in the game world, holding a Tec 9. This is the default weapon. You can now go and find other weapons, armor, vehicles, and other players to kill. Specific strategies will be discussed in the Tips section. Don't be afraid to use new weapons, try new strategies, and die. Each death will teach you something about the game.

As you play, think of the best way to counter your opponents' strategies. Are they driving in cars? Use a motorcycle and fire a Tec 9 at them from behind. Are they using a medium range weapon like the shotgun? Stay far away and drop them with an AK-47. Or get in close and use your Tec 9. Just remember that you shouldn't fight shotgun with shotgun, AK-47 with AK-47.

Practice, practice, practice. While some aspects of the single-player game, such as extended pursuit by the police, will boost your skills, real multiplayer is best. If you are a student, try to play with your friends before school each day. If you work in an office, play with someone during lunch.