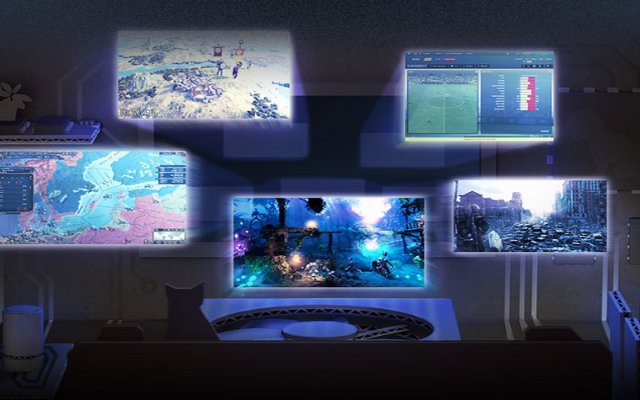 Here are the Valves Steam Machines specs on CES 2014. The specs for gaming rigs from Alienware, CyberPower, Gigabyte, iBuyPower, Falcon Northwest, and more. There are thirteen machines in all, varying from $500 to $6000 a piece.

Alienware and Steam logos for flare and offering a pair of front-facing USB ports. We can't guess at what's inside just yet, but given the company's tradition of configurable hardware, we're sure they'll be multiple options. The Alienware Steam Machine is about the size of a book, though appropriately thick. De Zayas told us it's 8in x 8in x 3in. It's internals will include an Intel CPU and Nvidia GPU, but other than that, spec details are sparse. The Machine uses Valve's Controller as well as the SteamOS, creating a marriage between Valve's input and software and Alienware's hardware. "It's all about PC gaming, and what Valve is trying to do ties into seamlessly into the brand of Alienware and what we're all about," he continued. "It really enables PC gaming to [go to] the next frontier of the living room. For the first time, this kind of marries the controller, the software, and OS that is designed to be friendly in the living room with the SteamOS, all with the hardware to compliment it, all designed to live in that type of environment." 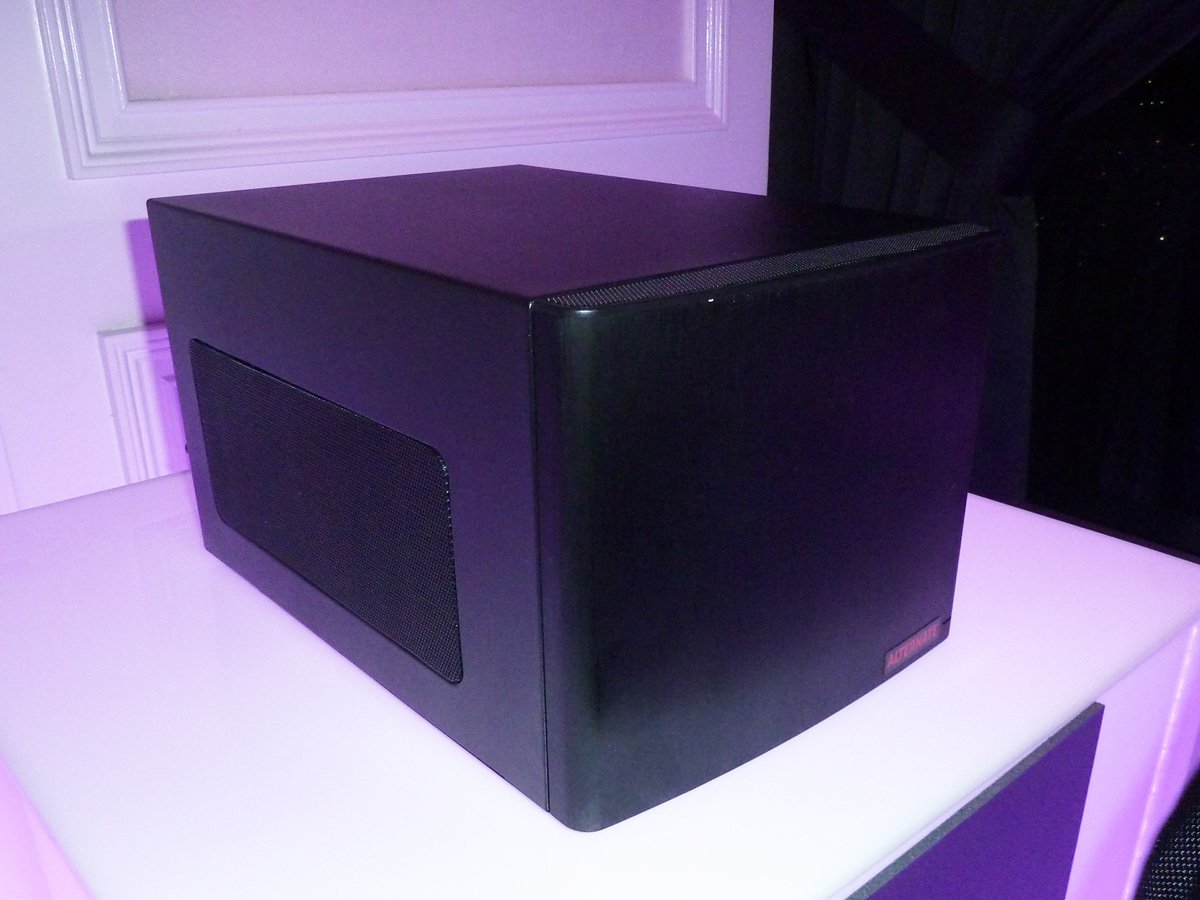 Alternate's Steam Machine is kitted out with an Intel Core i5 4570, An NVIDIA GTX 760 GPU from Gigabyte, 16GB of RAM and up to 1TB of storage, via a hybrid solid state hard drive. Unfortunately, there's no word on a solid release date, but the Alternate Steam Machine should show up sometime in 2014. Like all the Steam Machine hardware, the system is built upon Valve's Steam OS and compatible games will work with the Steam Controller. 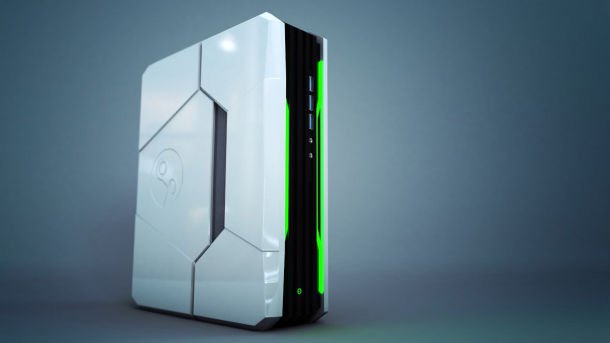 We already know quite a bit about this unit: It's packing a 3.9GHz A6 CPU from AMD, a 2GB Radeon R9 270 GPU, up to 8GB of RAM and 500 gigs of internal storage. Not in to AMD internals? No worries, CyberPowerPC is offering an Intel based alternative with a 3.5GHz Core i3 and a GeForce GTX 760 instead, with dozens of other configurations available at a customer's whim. Oh, and it's shipping in the second half of the year, too. 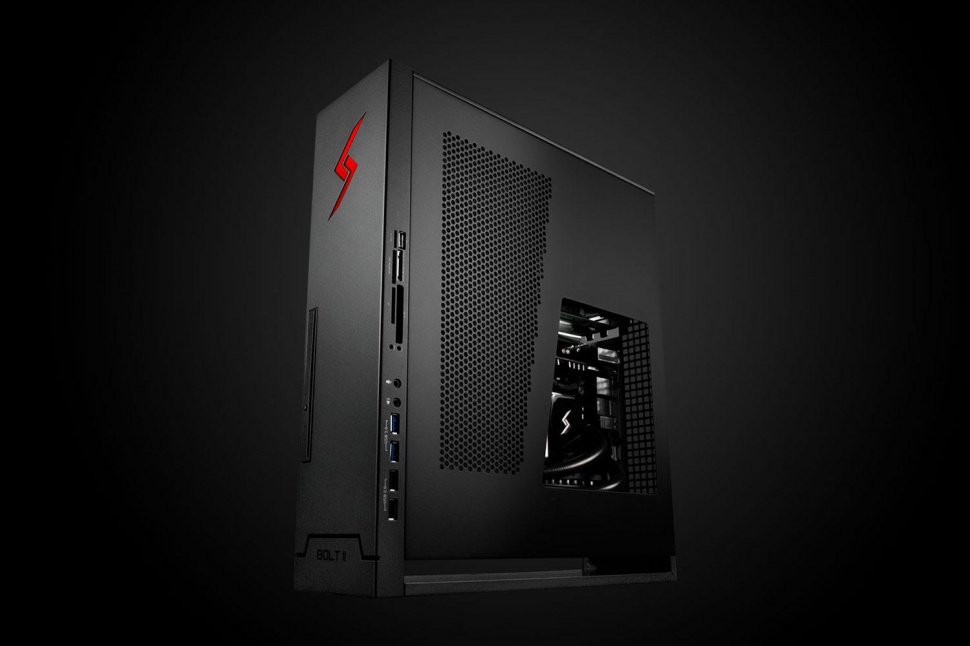 Bolt II will be outfitted with an Intel Core i7 4770K, a GTX 780 Ti graphics processor, up to 16GB of RAM and a traditional one-two HDD / SDD combo: 1 terabyte of storage on the traditional platter disc and 120GB on the speedy solid state drive. Oddly, it has yet again another price, well above the $1,500 we originally heard it was going to go for, but we'll chalk that up to custom configurations. One of the higher-end of these systems that weve seen so far is Digital Storms Bolt II, the first small form factor Steam Machine "hybrid" gaming PC, which the company announced today. Its main claim to fame is that its the first liquid cooled Steam Machine, and that it will feature both SteamOS and Windows. So itll work for both desktop and living-room setups, and it will be able to play the occasional game you cant get through Steam. We (Digital Storm) are not looking to compete with console pricing, Digital Storms Director of Product Development Rajeev Kuruppu said in a statement, explaining that the product is aimed at the high end of the market, specifically targeting consumers looking for a PC capable of playing any game on a 4K display. Hes not kidding, as the Bolt II comes in at a cool $1,900. 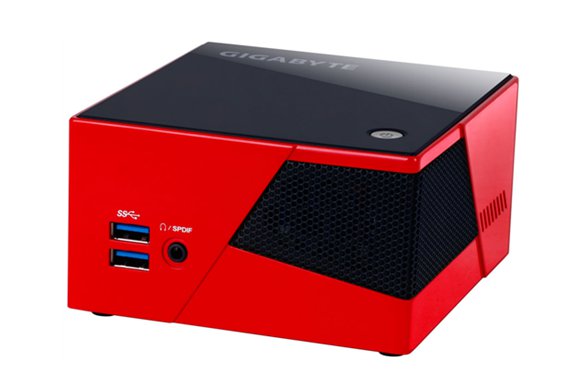 It features Intel Core i7-4770R CPU is speedy enough, Valve's press materials describe it as having integrated graphics -- Intel Iris Pro 5200, specifically. Integrated chips have come a long way in recent years, but definitely worth noting. The box also sports 16GB of RAM and a 1TB SATA HDD. The Brix Pro's should shine as a beefy home theater PC, or as a miniature PC used for lightweight gaming or graphics editing. The device has a very small footprint, measuring just 4.5 inches by 4.3 inches at the base, and a height of 2.4 inches. Apples Mac Mini, by comparison, has a base of 7.7 inches by 7.7 inches. But with no operating system, RAM, or storage included, the bare-bones device is aimed squarely at the PC enthusiast/gamer/professional market. The Brix Pro kit features your choice of either a quad-core 3.2GHz Intel Core i7-4770R or the quad-core 2.7GHz Core i5-4570R. Both boxes come with the aforementioned Intel Iris Pro Graphics 5200, which is supposed to deliver the same performance as Nvidias GeForce GT 650M discrete graphics card. Gigabyte is also including a Mini PCIe module in the Brix pro with 802.11b/g/n/ac Wi-Fi and Bluetooth 4.0. On the backside of the box you get an HDMI port, 2 x USB 3.0 ports, Ethernet, and mini DisplayPort. The front of the Brix Pro features another two USB 3.0 ports, as well as a headphone jack/optical audio out port. Inside, the Brix Pro box has two SO-DIMM DD3L RAM slots (1333/1600MHz) maxing out at 16GB total. For storage, you can install mSATA SSDs or standard 2.5-inch SATA drives. Based on Gigabytes support list, the Brix Pro will support SATA drives ranging from 320GB to 1TB, and mSATA storage up to 256GB. If DIY kits arent your thing, Gigabyte is also using the Brix Pro as the basis for its version of the Steam Machine, announced on Monday during Valves SteamOS event. The steamy Brix Pro comes with the Core i7-4770, 8GB RAM, and a 1 TB SATA hard drive. The Brix Pro will come in black or red. Pricing and availability for the Brix Pro DIY kit and the Steam Machine were not announced, however. 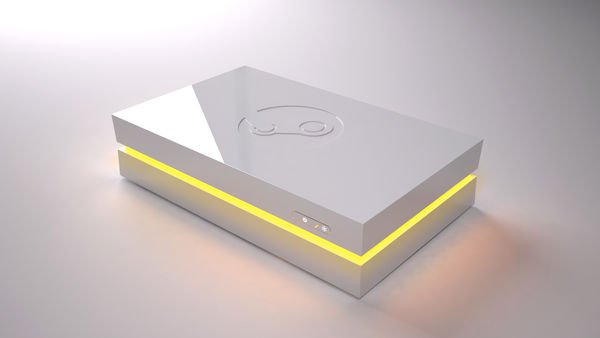 iBuyPower is known for offering its customers customizable boxes, which is why the company didn't specify only one type of processors. The company's Steam Machine will offer CPUs from both AMD and Intel, and promises a graphics card from AMD -- a Radeon R9 270, as we've heard. The box also packs in 8GB of RAM and over 500GB of storage. Plus, if you've got a thing for consoles, you'll love it's case, which looks like an odd mix of the PlayStation 4 and Xbox One. While Valve has quite a few games running on Linux already, and says that major game developers will be building triple-A game titles specifically for Steam OS in 2014, it's not quite the same as having the entire Windows catalog as a fallback. Still, iBuyPower says that existing Steam for Linux games should run quite well, at full 1080p resolution and 60 frames per second. 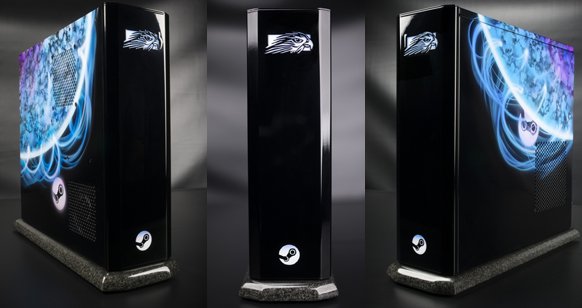 It's a direct replica of the currently available Tiki, albeit with SteamOS and a Steam Controller packed in when it arrives later this year. In terms of specs, there's a pretty wide range: up to GTX Titan in terms of GPU, 6TB of storage (seriously!), and up to 16GB of RAM. If that weren't enough, the outside is emblazoned with the...planet on fire imagery seen in so much Steam Machine marketing. the Falcon Northwest Tiki will launch with a wide array of components and an equally large span in pricing structure. Starting at $1,799 USD, announced prices for the Falcon Steam Machine can apparently run as high as $6,000 USD. The CPU was only listed as "customizable" in tonight's release, but given the price, we're assuming you can pack some fairly powerful 4th-gen Intel Core i7 processors into the Tiki. But the most expensive factor to the Tiki may be its powerful Nvidia GeForce Titan GPU. Memory ranges from 8Gb to 16Gb, and storage options can go as high as 6TB. Falcon already offers a high-end Tiki line, but this particular machine is configured for Steam OS. 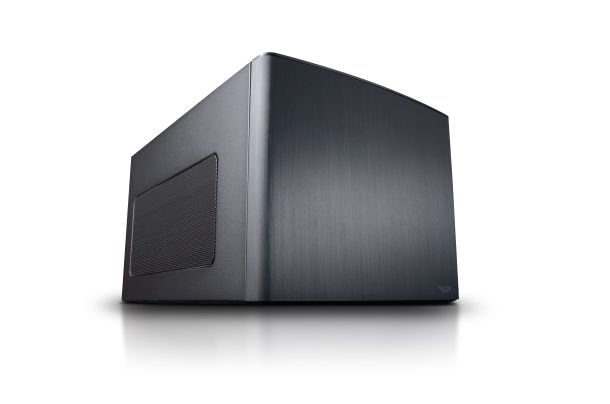 An Intel Core i5 CPU, an NVIDIA GTX 760 GPU, 8GB of RAM and 1TB of storage round out the box's specs, and the price is just right -- a slight step above the newest game consoles and comparable boutique PCs, with a big enough power upgrade to justify the price. Materiel.net machine is equipped with an Intel Core i5 4440 CPU and graphics will be powered by a MSI GeForce GTX 760 OC. The machine will have 8GB of RAM, and storage will be 8GB plus 1TB SSHD.

It features Intel Core i5 CPU, an NVIDIA GT 760 GPU, 8GB of RAM and 1TB storage. There's no price for Next's Steam Machine just yet, but it looks like it'll land just below a grand. 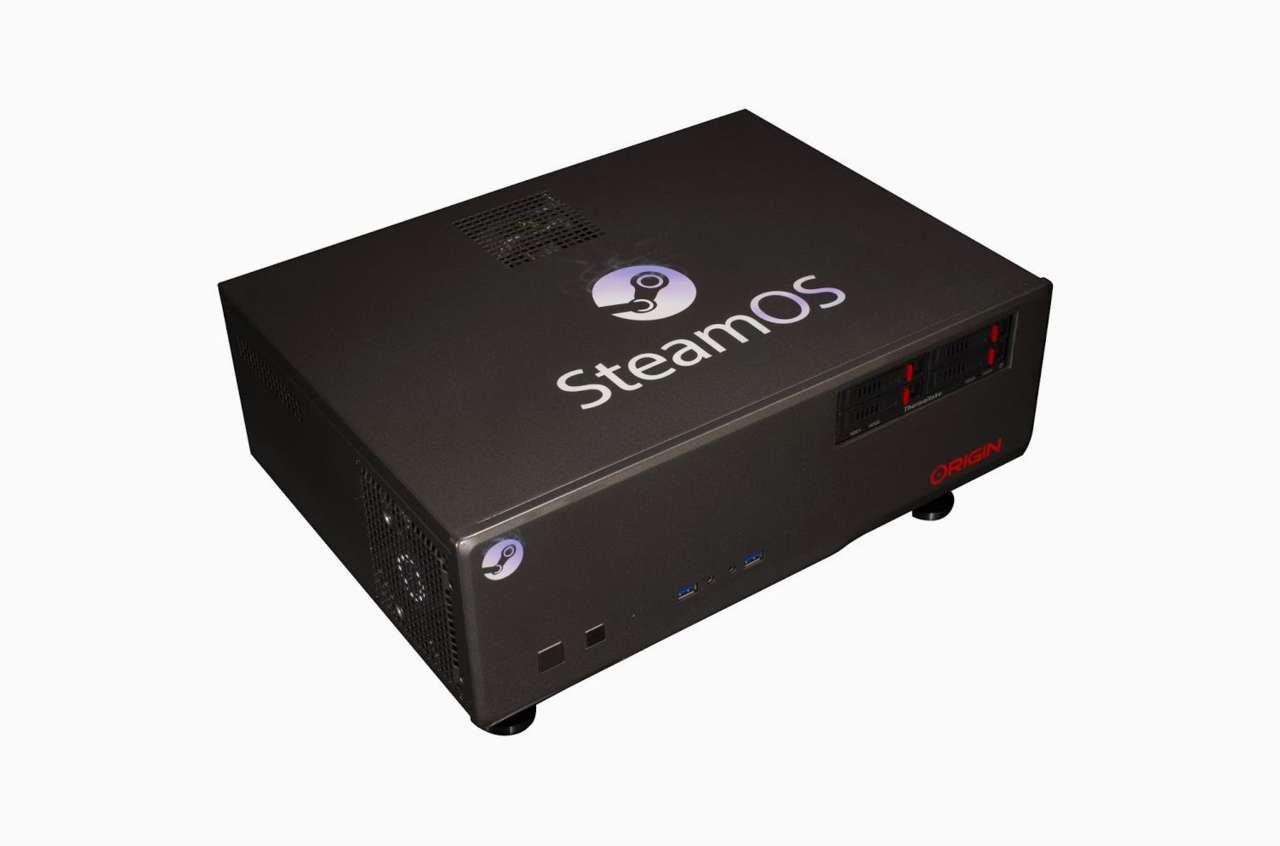 Origin's taking a configurable approach with its Steam Machine, offering up to an Intel Core i7 CPU, two (!) NVIDIA GTX Titan GPUs, 32GB of RAM and 14TB of storage (with swappable drives). There's a good reason that price isn't announced yet -- because it's gonna cost a tremendous amount of money for this Lamborghini PC setup. Origin PC is planning two versions of its Steam Machine (as this first round of boxes is being referred to), both part of the company's existing Chronos line of smaller gaming desktops -- a standard edition and a dual-video-card SLI edition with up to a pair of Nvidia GeForce GTX Titan graphics cards and liquid cooling for the CPU. Unlike some of the other Steambox hardware that's been announced from other PC makers, Origin PC's Chronos will be highly customizable, with options for CPU, graphics, and storage, and these machines will dual-boot into either Windows 7 or 8, and Steam OS, allowing you to use them as powerful gaming desktops, or living room Steam consoles. There's no firm release date or price yet, but we're hearing the first Steambox systems will launch in Summer 2014. 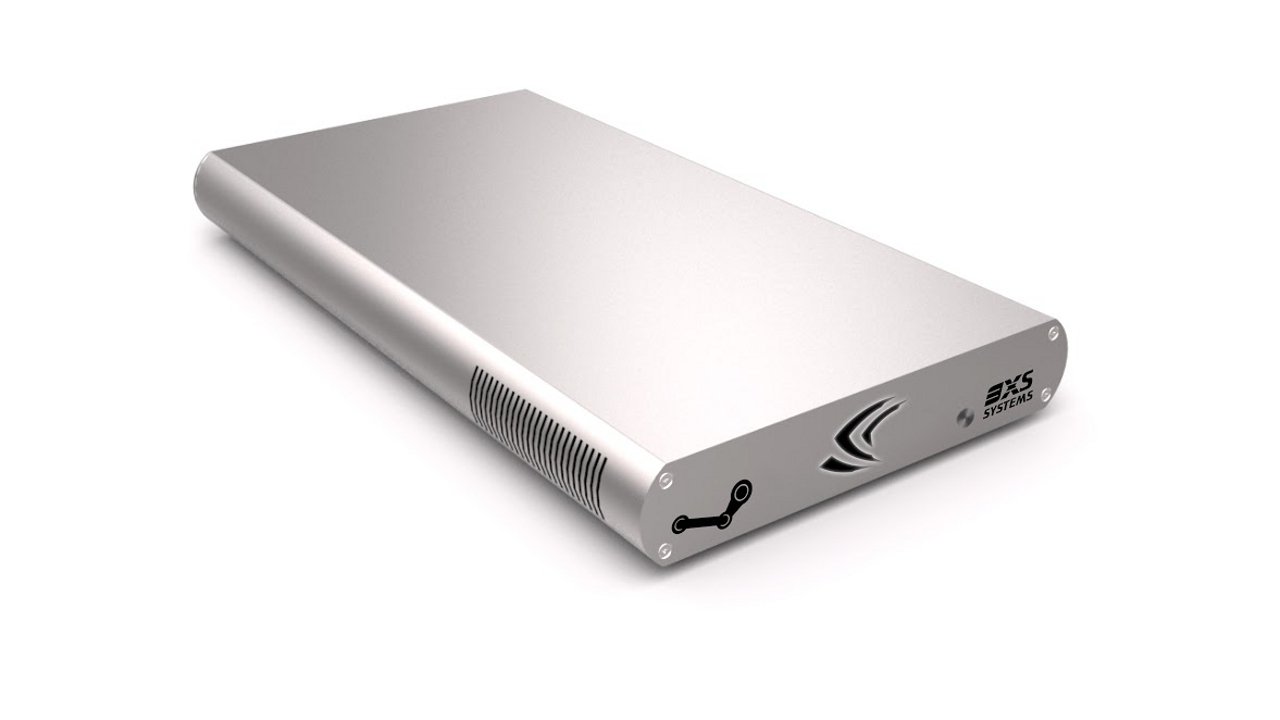 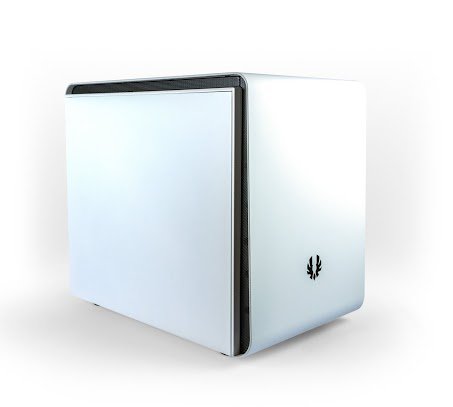 Webhallen's version of the Steam Machine is of the higher-end variety, with an Intel Core i7 CPU, an NVIDIA GTX 780 GPU, 16GB of RAM, and a 1TB SSHD -- clearly they're not kidding around! Of course, that kind of power comes with a hefty price: $1,499. It might be double the power of new game consoles, but more than double the price makes Webhallen's model a bit of a hard sell. 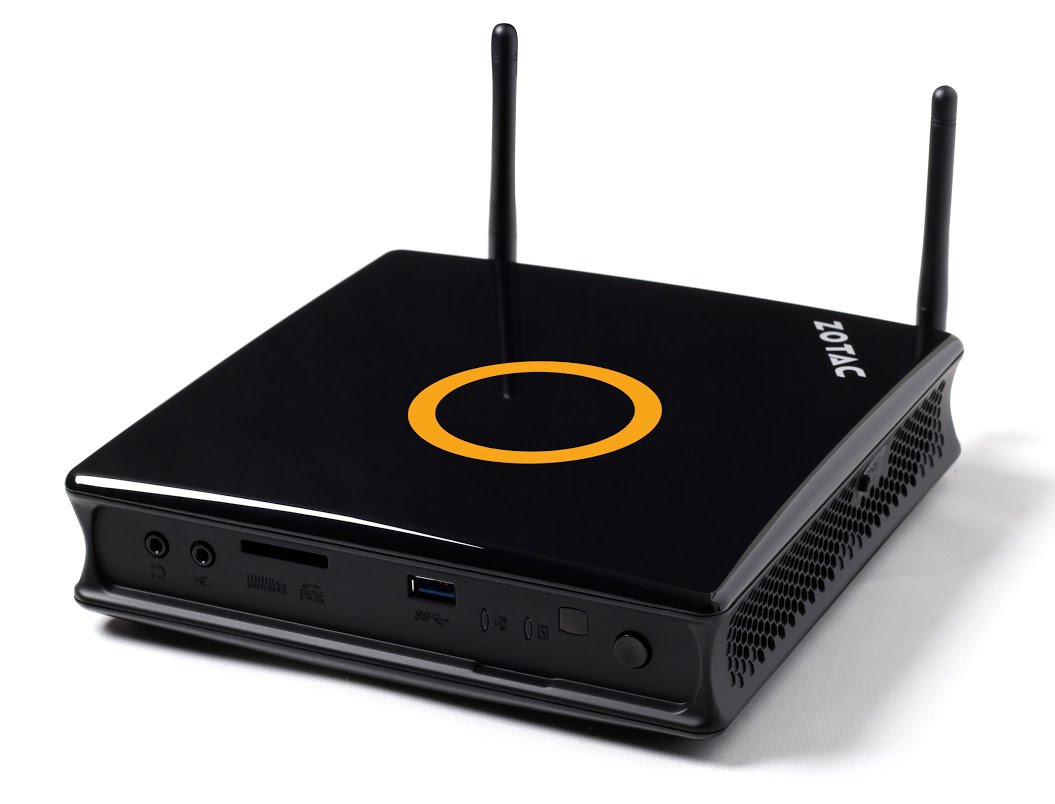 Zotac's got an especially small little box, with an unnamed Intel Core CPU, an NVIDIA GTX GPU (also TBD), and unknown storage and RAM. What we can see thus far looks to be a box on the level of a new game console, and the price matches up with that intent. The details of the Zotac machine's Intel processor, its NVIDIA GeForce GTX, and its RAM and storage have yet to be revealed, although the official press release on the model called its processor "enthusiast-class" and GTX "upcoming performance-class." With the machines ranging from $499 to $6,000 USD, Zotac's model is at the cheaper end of the spectrum.