The VUPEN Security is now claimed that it has finally managed to hack Googles Chrome browser and crack its so called Sandbox. According to them, the exploit relies on some newly discovered zero day vulnerabilities, works on all Windows Operating Systems and could give malicious websites the ability to download code from remote source and executes it on the users computer. In this the Windows Calculator app is downloaded and run automatically. Google says that its unable to confirm the hack since VUPEN hasnt shared any details with it. It says that it only shares the vulnerability research with its government customers for defensive and offensive security. Dont forget to check out the video.

The PQI U819V measures just 3.15cm long, but ships with a key ring attached cap, so its accessories will be nearby when it gets misplaced in your desk. We are still waiting for its pricing and availability information. The storage capacity ranges from 4GB to 32GB, and it is backward compatible with USB2.0 ports. PQI says device cap also doubles as a cell phone ornament, but if you need a silver USB cap to dress up your mobile, you had to spend some cash on it. For more details read the press release.

Microsofts going to announce some more official details about Windows 8 from now on, but until then we will just give some interesting titbits from leaked version of the OS. The batch includes a most conclusive evidence yet of Windows 8 app store, including logo in the picture, the other references at the code level got ability to download a trial app and then unlock the full version, and the existence of things like screenshots and system requirements in the app store listings.

Adobes demos of iPad compatibility, interacting with Photoshop for some time and now it looks that is finally be able to take the whole thing for a spin. As said the company today released the Creative Suite5.5, features the ability to use tablets and smartphones to interact with companys flagship image editing software. While there is still no word for releasing the apps for other platforms, Adobe has given the Apples magical device a special namecheck, the previously announced Eazel, Color Lava, and Nav Apps will hit the app store from any time now. Users of Photoshop CS5 will also utilize their recently released 12.0.4 update. For more details read the press release.

The 14-inch P430 and 15.6-inch P530 mark the start of its new Blade Series of laptops, which are the result of slimming work at LG labs. The display thickness is 4.5mm and 4.7mm respectively. The bazel on 14inch model is so narrow as to fit its screen within the dimensions of a traditional 13.3 inch laptop, weighs at 1.94kg on the P430 and 2.2kg on the P530. A Core i7 CPU and GeForce GT520M GPU will provide the internal firepower, while the rest of the specs are same as it announced. The P430 will launch in Europe, Asia and Middle East and South America at the end of this month May and followed by P530 in June. For more details read the press release.

Tactile Kiss Transmission Device Makes It To Smooch Your Computer

Japan always provides us with new innovations, the latest one is being a kiss transmission device, it will record, relay and if you wish it, it will replay your finest tongue. It got a plastic implement taking input from one persons mouth and conveying it to a second box, intended to be gobbled up by the recipient of this techno-affection, who may respond in kind or just sit back and enjoy the thrill of it.

Ubuntu 11.04 or Natty Narwhal, is now here and packing the significant changes from earlier editions of the Linux distro. The most obvious is arrival of Unity desktop environment, which was relegated to netbooks. It got integrated search, a combination launcher and taskbar, and app menus that have been moved to the top of the screen basically it is harvested the best ideas from Apple and Microsoft and splashed pretty coat of aubergine paint on it.

Dells new Precision laptops M4600 and M6600 workstations already impressed us by the specs, will be on sale from May 10th. Dell revealed that the machines will make their debut with the prices at $1,678 for M4600 and $2,158 for M6600 for its big 17-inch. The laptops also have optional IPS and four-finger multi-touch displays for your viewing pleasure and RAID support for your peace of mind. For more details read the press release

When you flick the cursor to a specific corner of the monitor, Expos shows thumbnails of all active programs minimized on the desktop.

Mozilla Firefox 4.0 has reached 100 million downloads, Mozillas community coordinator for Firefox marketing revealed it on his personal blog last weekend. While this is quite a achievement , a web analytics company showed that Firefox 4 has done nothing to boost Mozillas overall share of the browser market. Most of the 100 million downloads are done by existing users to upgrade their older Firefox versions. It is to be noted that Firefox 4 was well received by critics and users.

Windows 7 - Get A Constant Overview Of Several Time Zones

When making a call to another country such as the USA, you don't want to inadvertently wake someone up in the middle of the night. 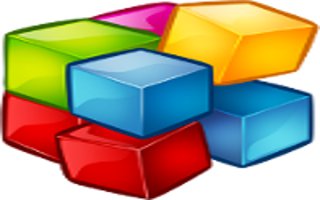 Regular defragmentation keeps the system performance consistent. But you cannot sit at your PC through this entire process.